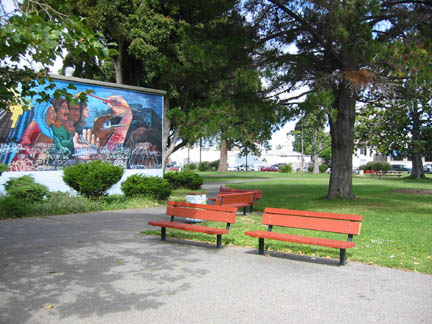 This plan serves as both a repository of community input and analysis and as a tool for implementation of physical improvements to the park. The ultimate goal is to transform Clinton Park into a beautiful, public open space, well-utilized by the community.

Public space improvements can act as a catalyst for community development. It is our hope that this plan leads to further grant applications, demonstration projects, and continued neighborhood outreach and involvement. Through the process of developing pieces of the plan, the city and members of the community can facilitate social interaction and community development within Clinton Park.

The collaborative process has resulted in a design inspired by the people of Eastlake and their neighborhood. This plan provides the Clinton Park community a new stage upon which to display a unified identity, continue a collaborative visioning process for further revitalization, and overcome the inertia fostered by long-term decay.

The Eastlake neighborhood is one of Oaklands most diverse communities, and is home to recent immigrants from Southeast Asia, African-Americans, Latinos, and Native Americans.

In 1997, the Eastlake Merchants Association (ELMA) identified Clinton Park, a one- square mile park on International Boule- vard, as a priority for revitalization. The park suffered from poor maintenance and a perception as a place for crime and illegal activity — and so even on warm, sunny days, one could find the park nearly empty.

With input from residents, local merchants, community groups, and East Bay Asian Local Development Corporation (EBALDC), Urban Ecology created a park design with social, environmental, and economic goals, and one that reflects the neighborhood’s commonalities and its diversity. The project will restore the small natural oasis and return it to the people of the neighborhood.

When rehabilitated and maintained, Clinton Park will once again be a source of neighborhood pride and a center for community activities, reflecting the ethnic groups that give Eastlake its character. Incremental public improvements are intended to act as a catalyst for community development. EBALDC and ELMA are currently undertaking the park improvements. 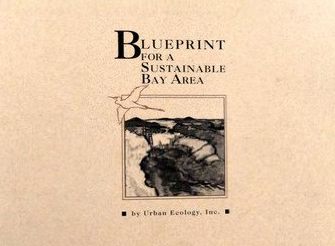